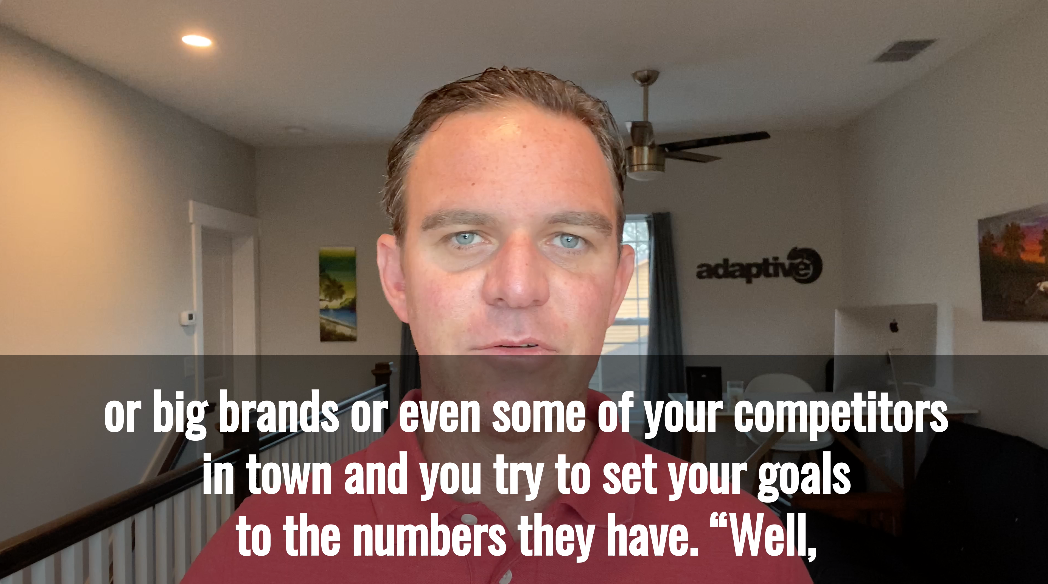 How much stock should you put into KPI’s (Key Performance Indicators) when it comes to social media? Should you worry about follower count? Interactions? How many “likes” should your average post receive?

In honor of Valentine’s Day we’re going to get maybe a little bit Middle Schooleque when it comes to today’s topic.

One of the frustrations I hear a lot is people frustrated about the lack of followers they have and the lack of interactions that they get on social- likes, shares, comments, things like that. And the first thing I’ll tell you is, if you have anyone following you or your Company Pages, whether that be may be 50 people, a couple hundred, a couple thousand, that should be celebrated. That is awesome! You have a few people in your network that are at least paying attention a little bit to the content you’re putting out there. So don’t get discouraged. The fact that you have anyone paying attention to you is pretty awesome. Next, is make sure you understand who that audience is. So, again, instead of getting wrapped up in these arbitrary numbers just because you look at celebrities or big brands or even some of your competitors in town and you try to set your goals to the numbers they have. “Well, they have 10,000 followers. That’s what we should have.” That’s not really the case. Of course, you want to expand your audience and your reach, you want to continue to try to grow those things, but just to pick a number and say we want 10,000 followers, just because, it really doesn’t mean anything. I’d rather have a smaller network of people that are just ‘raving fans’ people that love your content that are sharing it. So, don’t get caught up in looking at other people and their numbers and getting discouraged just because you’re not there yet.

Second thing, when it comes to interactions on your social posts, ask yourself – do people “like” your stuff or do they “like it like it”? A little Middle Schoolesque there, but what I’m talking about is the difference between online and offline. If you’re putting content out there, first of all, only a portion of your entire audience is going to see any one post so don’t get upset if everyone that follows you isn’t liking your stuff. Second, really understand that people are seeing your stuff and maybe they’re just not interacting with it.

Are you entertaining your current audience?

I have numerous stories of clients or prospective clients we are talking to; friends, family, things like that where they’ll mention something they see online both for me personally and from our company. ”We saw that you did an Ironman.” “We saw that you had a 5-year anniversary with Adaptive.” ”We saw this client reel.” People come up to me on a regular basis and say “I saw your content” and I know for a fact they didn’t “like it” on social media. So they “liked it liked it”, but they didn’t “like” it.

So again don’t get too wrapped up with the number of interactions. If people are coming to you, if they’re telling you that they saw your content, if they’re liking it online – whatever the interactions are, as long as people are seeing it and they’re entertained and they’re enjoying it then you’re on the right path. If people aren’t seeing your stuff, you’re not really hearing anything either online or offline about your content, maybe it’s time to revamp your strategy. So, if you’re having a problem with it, maybe now’s the time to talk to me.

If you’re growing, if people are interacting with your content, whether that’s online or offline, then keep it up because it’s a process, it’ll grow over time. Keep your current network entertained and it will grow.